A new report from OpenVault found the percentage of broadband users consuming more than a terabyte of data per month continues to climb, helping push average monthly consumption beyond half a terabyte for the first time in Q4 2021.

“Annual growth on FRB networks (16%) in 4Q21 was nearly double that of UBB networks (8.4%), highlighting UBB’s superior ability to manage the rate of subscriber usage growth,” the report stated. “In 4Q21, there were 25% more 2TB power users on FRB-based networks than on UBB-based networks.”

“The gigabit speed tier grew by a factor of 4.25x between 4Q19 and 4Q21.” the report noted. “That desire for more speed has implications for network operators, as the faster the speed, the more bandwidth subscribers consume.”

MIMO – which stands for multiple input multiple output – technology has evolved over the years since the debut of the single-user mode (SU-MIMO), which was introduced more than a decade ago with the 802.11n wireless standard.

1. Depending on the Wi-Fi standard, MU-MIMO can be one-way or two-way

It’s important to remember that, unlike SU-MIMO, MU-MIMO with Wi-Fi 5 works only with downlink wireless connections. Only wireless routers and APs are able to simultaneously send data to multiple users, whether it’s one or more streams of data to each. The wireless devices themselves, such as smartphones, tablets or laptops, still must take turns sending data to the wireless router or AP, although they can individually utilize SU-MIMO to send multiple streams when it’s their turn.

With the Wi-Fi 6 standard, wireless client devices can also take part in sending simultaneous streams. So multiple clients get data from a wireless AP and send data back at the same time. This includes sending acknowledgements, which seems like a small feat but can really help speed up communications.

Orthogonal Frequency-Division Multiple Access (OFDMA) technology, like that used by LTE networks, is part of Wi-Fi 6. It basically divides the channels into smaller segments and allows multiple devices to talk simultaneously, each in their own channel segment, technically called a resource unit (RU). Though it doesn’t directly increase data rates, OFDMA allows devices to faster coordinate when they can talk, making more efficient use of the channels overall.

Though OFDMA and MU-MIMO allow multiple devices to simultaneously transmit, they are very different. OFDMA can help in high-density environments with low throughput or small-packets applications, like IoT sensors, while MU-MIMO can aid in high-throughput applications.

Wi-Fi 5 allowed up to four clients in a MU-MIMO group, so an AP was limited to sending to four devices at a time. With Wi-Fi 6, up to eight clients can. This should help speed up connections and increase throughput.

With Wi-Fi 6, MU-MIMO and OFDMA work in both the 2.4GHz and 5GHz bands. Earlier versions supported SU-MIMO and only in the 5GHz band. Support in both bands is one of the biggest improvements to the congested 2.4GHz band we’ve seen in many years. Remember, this band can only support up to three non-overlapping channels at a time, and that’s using the small legacy channel-widths. MU-MIMO in Wi-Fi 6 can help save this lower band by speeding it up and making it more usable in dense environments.

MU-MIMO uses what’s known as beamforming, a separate feature of Wi-Fi 5 and Wi-Fi 6 that directs signals toward the intended wireless devices instead of randomly in all directions. Since the signal is more efficiently used, the technology helps increase Wi-Fi ranges and speeds.

Although beamforming was optionally available with 802.11n, most vendors implemented only proprietary versions of it. Having a standardized version helps beamforming and MU-MIMO in Wi-Fi 5 and Wi-Fi 6 products.

As with Wi-Fi 5, wireless client devices aren’t required to have multiple antennas to receive MU-MIMO streams from APs. If the devices have only one antenna, they can still receive one MU-MIMO data stream from an AP. However, with uplink MU-MIMO, wireless devices are required to have a minimum of two antennas to transmit with MU-MIMO back to the AP or wireless router, even for one-stream connections.

More antennas would allow a device to support more simultaneous data streams, typically one stream per antenna, which would be good for the device’s Wi-Fi performance. However, including multiple antennas in a device requires more power and space, and adds to its cost. It would take eight antennas to take full advantage of the Wi-Fi 6 client features.

Although legacy 802.11n and Wi-Fi 5 devices won’t directly see any range or performance improvement of their connections to Wi-Fi 6 APs, they can see an indirect benefit. Remember, Wi-Fi is all about airtime: the faster any device is served, the more time there is for other devices. If newer technologies like MU-MIMO and OFDMA can help serve supported devices quicker, there’s more airtime for other devices, including legacy ones.

When you increase Wi-Fi speeds, you also increase the network’s capacity. As devices are served more quickly, there’s more airtime to serve even more devices. Thus, MU-MIMO can help alleviate congestion on busy or dense networks, such as Wi-Fi hotspots.

9. Any channel width is supported

One way to increase throughput on a Wi-Fi channel is through channel bonding, which combines two adjacent channels to create a single channel that’s twice as wide, effectively doubling the Wi-Fi speed. Wi-Fi 6 supports 40MHz-, 80MHz-, and 160MHz-wide channels.

Thus, even if your network uses narrower 20MHz- or 40MHz-wide channels, MU-MIMO can help it run faster by serving some clients simultaneously. How much faster depends on how many supported devices are on the network and how many streams each supports. But using MU-MIMO even without implementing wide channels could more than double the downlink throughput of each device.

An interesting side effect of MU-MIMO is that the AP scrambles data before sending it via the airwaves, and only the intended receiving device can unscramble it. Although tools might be developed that allow others to process the traffic, for now, MU-MIMO masks the data from nearby eavesdroppers. In that way, the technology helps boosts Wi-Fi security, especially on open networks such as hotspots or those secured only with the personal, pre-shared-key mode of WPA or WPA2.

With Wi-Fi 5 this scrambling was only realized on the downlink connections, since that was the only direction supported by MU-MIMO. With Wi-Fi 6, the uplink connections with benefit as well.

The Wi-Fi Alliance has introduced a new term for Wi-Fi products that can operate in the 6 GHz band: Wi-Fi 6E. The US is expected to be the first market to approve use of the new frequency band for Wi-Fi applications, in order to relieve congestion in the existing 2.4 and 5 GHz ranges. Several countries in Europe and Asia are also considering opening up the frequencies.

WifiForward, the industry group working on opening up more spectrum to Wi-Fi services, said the announcement showed that industry will be unleashing “even more” innovation in the 6 GHz band, as soon as the FCC can make it available for technologies like Wi-Fi. “Unlicensed spectrum stands out as one of the FCC’s most successful policy experiments ever. By allowing permissionless innovation in a band of spectrum, we’ve seen billions of dollars of economic value created, millions of people and devices connected and terabytes of critical data sent via technology like Wi-Fi,” WifiForward said. 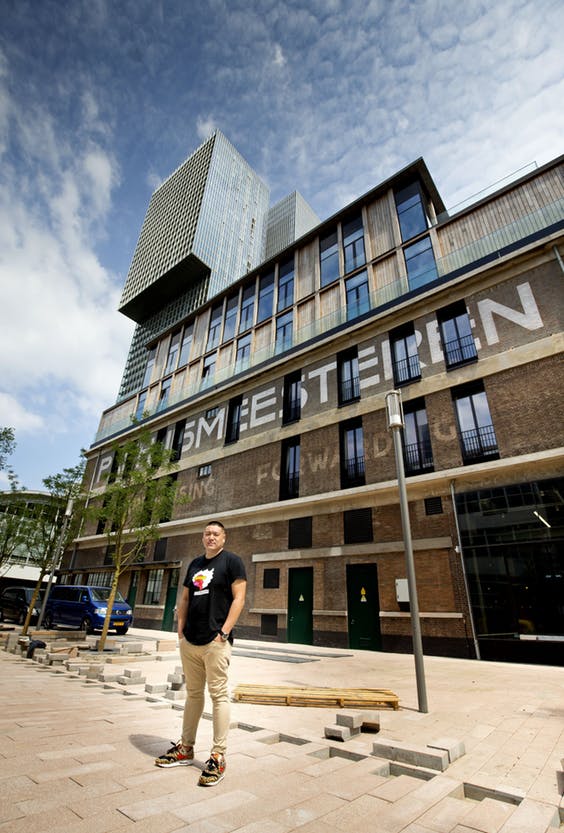