Contrary to how beacons are currently installed, far from shoppers’ view at the store entrance or on the ceiling of a particular section, brands have started installing beacons more prominently in stores. For example, Herning Centret, a shopping mall in Herning, Denmark, requires users to ‘ask’ to be beaconed. Instead of pushing coupons to shoppers based on their location in the mall, Herning Centret created two ‘Coupon Zones’ where shoppers could walk in with their phone to receive coupons from nearby retail outlets. 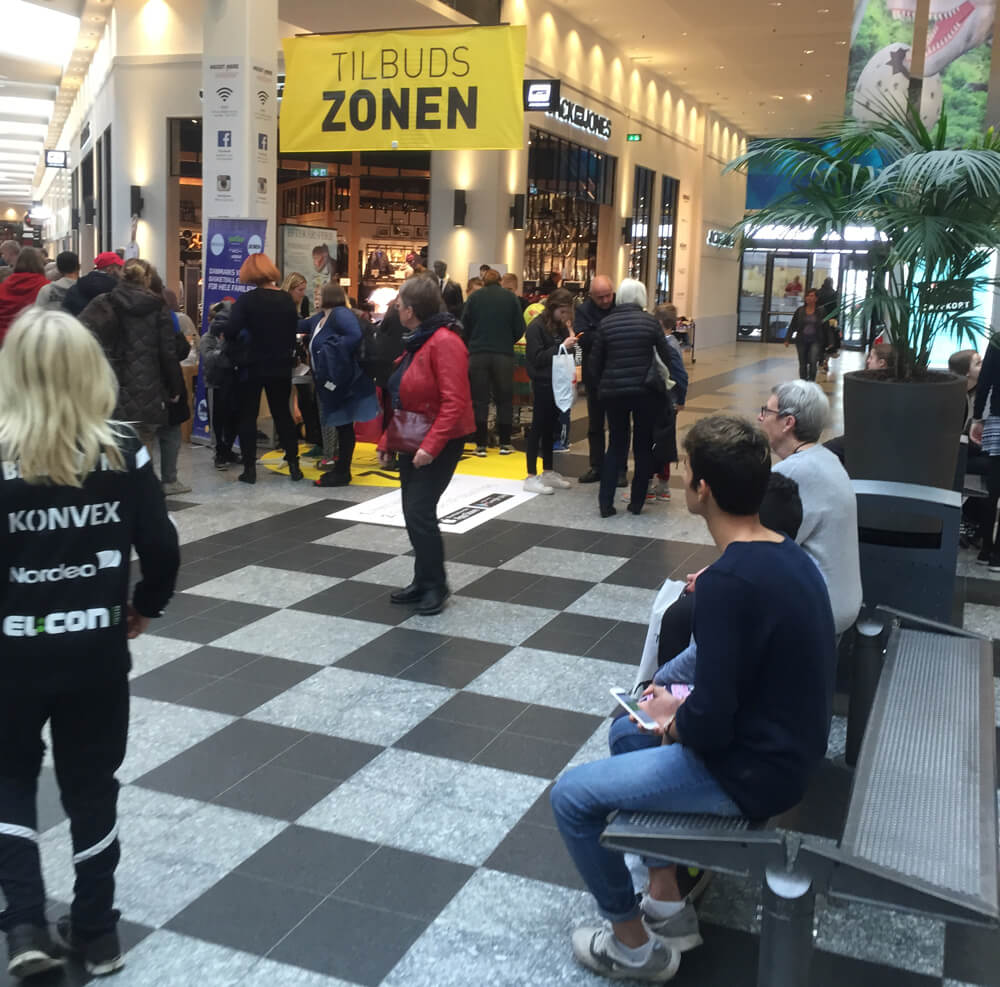 In order to capture the attention of the visitors, these Coupon zones were marked with yellow circles on the floor with a banner above. As a part of this campaign, retail stores in Herning Centret provided their customers with some special, time-limited coupons, which were shown via the app at the Coupon zone. As a result, the app saw 1392 downloads over a period of nine days, out of which 665 users viewed at least one coupon thus attaining an engagement rate of 48% among customers. All in all, the campaign ended on a good note with 96% of customers mentioning that they would recommend the ‘Coupon Zones’ to others.